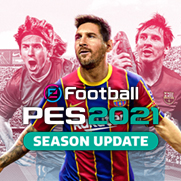 Conan Exiles gained a lot from our close work with the great community of players during its Early Access period. The valuable feedback we got from Conan and open world survival fans alike was indispensable and helped us improve the game as we worked towards full launch in May 2018. We wish to draw upon the strengths of the community once again to fine tune features, improve upon gameplay and get your thoughts on the new content found in the massive Isle of Siptah expansion.

Approximately how long will this game be in Early Access?

We currently expect the Early Access period to last about five to six months.

How is the full version planned to differ from the Early Access version?

The full version of the Isle of Siptah expansion will offer more content and features. Its features will also become more finely tuned and balanced as we receive feedback from the community and continuously update the expansion.

What is the current state of the Early Access version?

The Isle of Siptah has a new and fully playable gameplay cycle and a huge island map filled with many new creatures, dungeons, mysteries, and challenges.

Will the game be priced differently during and after Early Access?

The price will increase when the Isle of Siptah expansion leaves Early Access.

How are you planning on involving the Community in your development process?

Isle of Siptah is a massive expansion to the open world survival game Conan Exiles, featuring a vast new island to explore, huge and vile new creatures to slay, new building sets and a whole new gameplay cycle. Fight the elder races in new underground dungeons. Defeat demonic monstrosities that spawn from a storm of pure chaos. Dominate the surge to secure the islandâs only supply of thralls.

You arrive at the island shipwrecked and alone. With nothing but the scraps on your back, you craft the tools you need to survive. At first a simple camp and some crude stone tools, with time a fortress and brutal greatswords made from hardened steel or obsidian.

Your eyes are drawn towards the center of the island, where a dark tower looms above the landscape. The violent storm that swirls around it seems to gather strength and unspeakable horrors stalk within. But your most dangerous foe may be the other survivors on the island, as resources are scarce and the fight for survival is savage and brutal.

New map â Isle of Siptah
â¨Start a fresh, new experience on the massive Isle of Siptah. Explore sun-drenched beaches strewn with shipwrecks, dense and tall Redwood forests, broad valleys dotted with ancient Acheronian ruins, the remains of a Stygian colony, and the foreboding Tower of Siptah at the islandâs center.

New dungeon type â Vaults
â¨Uncover long-forgotten vaults holding the remnants of elder races from a distant past. Discover hidden halls, solve ancient puzzles, and slay the fiends and demons within. Loot valuable treasures and harness the power of the sigils of the elder races.

New feature â Maelstromâ¨
A massive storm swirls around the dark tower at the center of the island. Powered by sinister magic, it spawns horrifying monsters from the outer void, attacking anyone who dares to venture or build within. Defeat these horrors to get your hands on a brand new and important resource.

New feature â Surges of sorceryâ¨
Powerful surges of forbidden magic, granted by the elder god of Nyarlathotep, shoot forth from the Tower of Siptah. Humans and creatures appear in their wake, mysteriously teleported from the outside world. Move quick to capture them or be left in the dust as other players build their army.

New rhino mount, building sets, and moreâ¨
Charge into battle and slay your enemies from atop the ferocious rhino mount. Construct a small home or a vast city using two new building sets: the waterlogged remains of shipwrecks or the ancient and majestic stormglass. Find and equip powerful items, including new armor sets.